Expansion joints is the decisive keyword for a permanently beautiful and damage-free tiled floor. After all, like almost any other material, tiles need sufficient room to move to be able to work. In this article you can read about the important functions of an expansion joint, where it is required and how best to create it.

Why do you need expansion joints?

Tiles consist mainly of natural raw materials that react to external influences. Temperature fluctuations or the application of force cause the plates to work: The material expands and contracts according to the ambient conditions. However, this reaction behaviour is not a unique phenomenon of the tile, but occurs always and everywhere where different building and material materials meet.

This is exactly the point why expansion joints are so important when laying tiles. They serve as a buffer to compensate for the movements of the different materials without the components colliding with each other. At the same time, expansion joints have another function: they dampen sound because they reduce the transmission of vibrations.

What happens if the expansion joint is missing?

As low as the expansion and shrinkage behaviour of tiles may be, it can be unpleasant if expansion joints are not taken into account accordingly. Although the changes are usually barely perceptible to the human eye, they do increase the pressure on the individual plates.

This causes stresses on the surface, which in turn can cause cracks in the tiles. And sometimes not even directly where the joint is missing, but – due to the transmission of force – in a completely different place. Therefore even adjacent floor coverings or the screed can be damaged if the corresponding joints are not set.

For which tiles are expansion joints necessary?

Expansion joints – often also called movement joints, expansion joints or dilatation joints – are to be considered in principle for all tile floors. No matter whether it is natural stone, earthenware, stoneware or porcelain stoneware. Also the substrate or the tile adhesive or tile bonding primer used during installation have no influence on the necessity of the joints.

Where should an expansion joint be placed?

Specifically, expansion joints must always be created when different components come together. This primarily concerns all transitions to rooms (e.g. door thresholds) and between different floor coverings (e.g. B. tiles and parquet), but also areas which are only partially tiled (e.g. around a tiled stove or fireplace) or which adjoin rigid elements (e.g. radiators or fittings).

Edge joints as a connection area to the wall are also considered expansion joints and must therefore always be taken into account accordingly. In addition to their compensatory function when expanding, they also ensure that the impact sound is not transmitted to the wall and thus into the room. This is one of the reasons why they should be regularly maintained and checked for their condition or tightness (to protect against moisture under the tiles).

Existing expansion joints from the screed must also be taken over in the tiled floor – and in the same position. This applies both to the initial laying of tiles and slabs and to subsequent renovations. Only then can it be guaranteed that the substrate also has sufficient room to move and that the materials can work independently of each other according to their properties. This avoids cracks or fractures that could otherwise sooner or later be transferred to the tiles. Where these joints should be planned exactly is usually announced by the screed layer.

By the way: A term that also appears again and again in connection with the screed are the so-called dummy joints. Although these serve a similar purpose to expansion joints, they are not actually expansion joints. Rather, these are deliberately placed predetermined breaking points that specifically control the further course of possible cracks in the screed.

From which room size are expansion joints required?

The formation of expansion joints is regulated according to DIN standards. Accordingly, field boundary joints are prescribed for rooms with a size of 40 m2, whereby the field length and width should be between 5 and 8 m at the most. In this context, the room geometry, the tile format used and the expected stress on the floor must be taken into account. If the room has a floor heating under the tiles, the arrangement of the heating circuits must also be taken into account.

In general, the recommendation is to work in expansion joints vertically and horizontally at intervals of 3 to 6 m. For larger areas and tiles in outdoor areas, joints should be planned around every 4 m, as the expansion of the tiles can be even greater there than indoors due to higher temperature differences.

How wide must an expansion joint be?

The width of the joints depends on the tile format as well as on the respective position. The limit values recommended by the DIN standard again serve as a guideline:

Especially in the edge areas to the wall or wherever the tiles are adjacent to other rigid components, a width of 5 mm should not be undercut under any circumstances. To be on the safe side, in this case it is even better to increase to 8 mm. Professional planning and exact calculation of the joint dimensions is definitely advisable.

However, since the joint pattern in a room also has visual effects, care should be taken to ensure a balanced distribution and the most uniform width possible of all necessary joints. In particular, the continuing trend towards large-format tiles with very narrow construction joints – i.e. the distance at which the tiles are placed on the floor during installation – can sometimes become a problem.

On the one hand, because the considerably wider expansion joints can quickly look unsightly in comparison and thus disturb the overall harmonious impression. On the other hand, the narrower the joints are, the more difficult it is to grout – and improper execution impairs the quality of the joints.

If too much water is added to the jointing mortar to make it more fluid, this can lead to differences in colour and spots in the joints due to different drying phases. While too little water, on the other hand, makes the joint sealant brittle. For this reason, filling with conventional, cementitious jointing compound is only possible from a width of at least 2 mm. Among these, only highly viscous materials with a synthetic resin content can be used, as these are more elastic and can be worked into the joint more easily.

And even otherwise, very narrow joints entail an increased risk of damage. This is because if the proportion of joints is small, moisture can only escape from the floor very slowly on the one hand and on the other hand, tensions are less well balanced.

How is an expansion joint correctly filled?

In order to be able to compensate for the movements of the tiles, expansion joints may only be sealed with permanently elastic sealants. The best known and most frequently used material for this is silicone. The best possible result is achieved if the joint sealing compound is applied as deep as the joint is wide – otherwise, too deep filling can have a negative effect on the elasticity. Tip: You can work particularly precisely if the tip of the cartridge is simply cut to the appropriate joint width.

Since the silicone must not adhere to the substrate under any circumstances, expansion profiles made of foam or plastic are also recommended. These are pressed into the joint before filling and fixed at the edges with adhesive tape. Alternatively, paper strips can also be used.

Practical side effect: In this way, the material requirement is also minimized.

Before filling, dust, dirt or adhesive residues must be thoroughly removed from the joint. This is especially true when existing expansion joints are renewed: They must be carefully scraped out before the new filling material is applied. 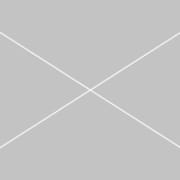 Knowledge: What rectification means for tiles

Tiles & underfloor heating: answers to the most frequently asked questions