Parquet floors are in full trend in Germany. This can be seen not least in the offers of the parquet manufacturers. The focus is increasingly on exclusive and individual parquet types and floors, which focus primarily on the original character of the wood. A natural surface finish and new interpretations of well-known classics – such as the traditional herringbone parquet – are the trends of the hour with the parquet species.

Overview of the most popular parquet types

Country house floorboards are mostly made of solid wood. Alternatively, they are also available as multi-layered boards. Country house floorboards in the form of a 3-layer parquet are sold a lot and represent an excellent alternative to “real” solid wood floorboards. This type of parquet is cheaper. In addition, you save a lot of time thanks to the final treatment that has already been implemented. In addition, the three-layer structure reduces the work of the wood. Only rarely there are joints between the individual planks; and if so, only to a very small extent This type of parquet is one of the oldest and most traditional types of wooden floors used in buildings. Modern solid wood floorboards – for example made of oak, pine or larch – give a wooden floor a natural character. As a rule, this type of parquet is laid raw and then sanded before the surface is treated, for example, with floor oil, wax or parquet varnish. However, “final-treated” solid parquet is also available in specialist retailers, which has a surface treatment that has already been applied.

Boards of this kind give your premises a robust look and conjure up a touch of nostalgia in your own apartment. Ship floor boards spread a natural comfort and promote a charming living environment. Typically, the ship’s floor boards are arranged irregularly and offset, whereby always three rods placed next to each other characterize the ship’s floor bandage. You can choose between numerous types of wood – such as beech, oak, cherry, birch, ash or walnut. The name here is a program. The slats are basically parallel to each other. This gives the whole room a uniform, symmetrical and quiet atmosphere. Regardless of the wood used, the parallel association appears very geometric and orderly. The mosaic parquet itself consists of thin and small wooden slats, which usually have a thickness of eight millimeters and edge lengths of twelve to 16 centimeters. Thanks to the low height of the structure, the mosaic parquet is ideally suited for laying over an underfloor heating,because the heat transfer is hardly obstructed. This is a type of parquet in which the individual wooden slats are laid in the so-called English dressing. They are parallel to each other, but are offset by half of the plank rod. As a result, the mosaic parquet always appears calm and visually harmonious. In addition, the mosaic parquet sets rustic accents and spreads a pleasant atmosphere. This type of parquet is also referred to as high-edgelamella parquet. The individual solid wood slats are extremely hard and resistant. This extreme robustness also ensures a long service life. But also in terms of design and appearance, the industrial parquet with its high-edged slats can score points. Architects throughout Germany use the special laying optics and install industrial parquet in commercial and public buildings as well as in modern residential construction projects. The slats have a width of eight millimeters and a thickness of ten to 22 millimeters. Industrial parquet is a by-product from mosaic parquet production. The slats from the mosaic parquet production are simply arranged upright. This results in similar product dimensions. In the so-called herringbone parquet, comparatively thin rods are laid in angular orientation (90 degrees). Due to the special arrangement, a good voltage distribution can be guaranteed. The individual parquet rods are available for this type of installation both solidand and three-layer and can even be ordered with a circulating fiber. The laying species is strongly reminiscent of the bones of a fish. Visually, the effect of the light incision is particularly attractive. The wood shimmers – depending on the angle of incidence – in different brightness levels. The French herringbone parquet, like the classic version, offers a laying pattern with an optically interesting light play. However, there is a special feature of this type of parquet: the individual parquet rods are bevelled by 30°, 45° or 52.5° on both sides and then lined up. Between the respective braid rows, this special herringbone parquet runs a continuous head joint. There are small, large and so-called maxi-lamparkett elements. Due to the low installation height, the lame parquet is often used for renovations. The individual rods are always glued to the substrate. With the Parquet tapis – these are particularly large lamparkett elements – the individual elements are nailed as well as glued. The admissibility of the respective wood in this type of parquet must comply with the standards of DIN EN 13227 (tables one to six). For example, the wood used must not have cracks and the ratio of bar width to bar thickness must not fall below certain limit values. This is intended to ensure the dimensional stability of lame parquet.

This type of parquet is characterized above all by its extreme stability and durability. It is a solid parquet that has classic dimensions. Bar parquet is generally considered a traditional classic among parquet types. In addition, the bar parquet is extremely versatile, which is suitable as a varied laying pattern for almost any furnishing style. The individual rods preferably have a thickness of 10 to 22 millimeters and a width of about 60 to 100 millimeters. The bar length varies depending on individual taste. Types of parquet: Rough distinction between solid and multi-layer parquet

Basically, there are parquet – roughly speaking – in two different parquet types: as solid parquet or as multi-layer parquet. The former version is made of a continuous and solid wooden piece. This variant can then be divided into special parquet types, such as industrial parquet, mosaic parquet or bar parquet. If you want to lay such a parquet, you must always glue it completely and then grind it off afterwards. The laying is therefore rather difficult for laymen. Here it is recommended to hire a specialist to lay the parquet.

Many types of parquet are available directly as prefabricated parquet

If, on the other hand, you want to lay planksthat are laid out as multi-layer parquet, this is comparatively easier. This is because parquet types from this group have already been sanded off by the manufacturer in advance. The surface of the individual elements is also usually already treated. Therefore, these parquet types are also referred to as prefabricated parquet. In terms of structure, two to three wooden layers are firmly glued together in the respective parquet types, whereby only the visible position consists of the higher-quality hardwood (usually oak parquet).

The top layer is often large-scale, such as for parquet types such as the country house floorboards or the industrial parquet flooring. Alternatively, the top layer is also composed of individual rods. This can be observed, for example, especially in parquet types such as the ship’s floor parquet. All types of parquet with multi-layer construction can usually be laid quickly and easily by appropriate click connections.

Parquet types made of solid wood are generally much more robust and durable. This is due to the much thicker wood layer, which is extremely resistant and resilient on the one hand and can be renovated much more often than parquet types with a thinner multi-layer construction. An example illustrates this. Multilayer parquet types preferably have useful layers of about 2.5 millimeters thickness. Since 0.5 millimetres of wood is removed during a grinding process alone, the respective types of parquet can be processed no more than two to three times with the grinding machine.

The parquet prices vary depending on the type of production and the quality. Click or prefabricated parquet types are usually much cheaper than solid wood parquet types. If you want to buy solid parquet and have a rather small budget available, you should take a close look at the so-called industrial parquet. Compared to other types of solid wood parquet, this is usually cheaper, but is fully on trend. 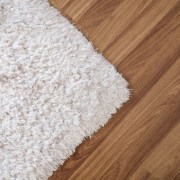 Parquet or carpet – what is better? 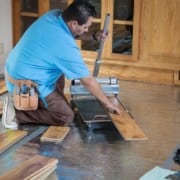 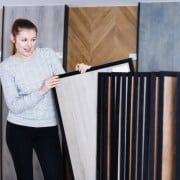 Eyes on the parquet purchase: the ultimate guide 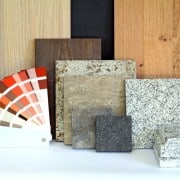 Tiles or parquet – What is better? 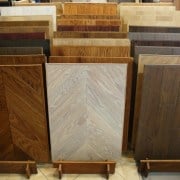 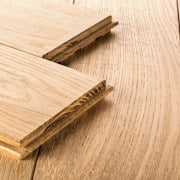 Parquet vs. laminate: Which flooring is better?
0 replies

Want to join the discussion?
Feel free to contribute!

Why is parquet squeaking?