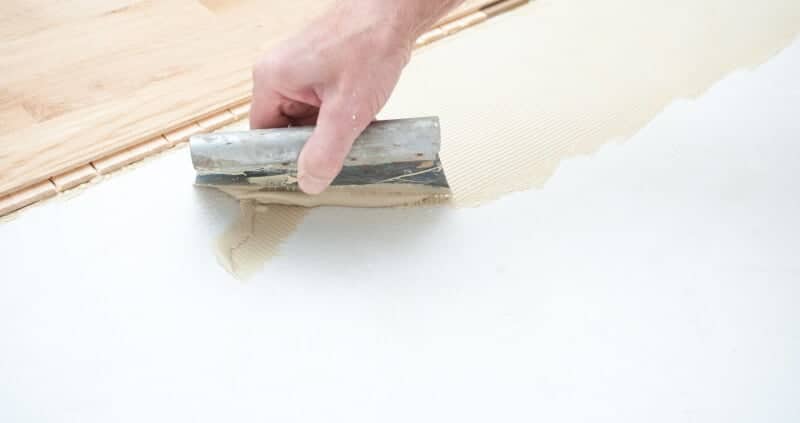 The full-surface bonding of parquet forms the basis for a stable and long-lasting floor, because the fixed connection with the substrate creates significant advantages.

However, it involves not inconsiderable effort to glue parquet. You can find out what is important when bonding parquet and which parquet adhesive is the rightone, see this article.

What are the advantages of sticking parquet?

In recent years, the parquet floor seems to have lost some of its importance.

Many homeowners prefer the floating installation of modern prefabricated parquet floors, which are faster and more uncomplicated and, moreover, usually cheaper.

However, if you want to benefit from the advantages of a high-quality and stable floor in the long term, you should still stick the parquet.

Because the bonding of parquet has some decisive advantages:

Due to the fixed connection, parquet adheres firmly to the substrate for decades, which makes it easier to grind and renovate several times.

Impact sound and other noises when using the floor are less transmitted.

Another decisive advantage over floating installation is particularly relevant for parquet on underfloor heating systems:

the gluing does not create air cushions between the parquet and the substrate, which improves the thermal conductivity. It should be noted, however, that glued parquet can not be removed so easily if the floor is to be replaced at some point.

What parquet adhesives are there?

Of course, the right parquet adhesive is decisive for an optimal result when laying glued parquet.

Not every glue is equally suitable for every type of parquet. When purchasing the parquet adhesive, therefore, it is first and foremost important to ensure that the product is matched to both the substrate and the parquet floor to be used.

Manufacturer’s instructions and installation instructions provide important information about this and should therefore be closely monitored.

Due to the continuous development of the adhesive industry, parquet adhesives have improved in recent years.

Thus, most products available in specialist stores have not only become more user-friendly in terms of handling and higher quality in terms of adhesiveness, but also pass the eco-test throughout.

While until a few years ago the proportion of solvents and other controversial ingredients in many parquet adhesives was still very high, there are now a number of ecological products that are equally harmless to humans and the environment.

Well-known manufacturers of parquet adhesives, which are also used in various independent product comparisons are among the test winners, are Such as:

In general, a distinction can be made between the following parquet adhesives Be:

The most modern type of parquet adhesives are hybrid adhesives made of MS polymer (modified silane). They are free of solvents, water and isocyanate and are also weather and UV resistant.

As a result, they are becoming increasingly important and increasingly replacing the now banned solvent adhesives. Silane parquet adhesives are characterized above all because they remain permanently elastic after curing and offer the parquet corresponding scope for springing and dwindling. For this time, MS parquet adhesives can also be used universally and are suitable for bonding almost all types of parquet as well as for use on underfloor heating systems.

Also among the universally applicable parquet adhesives Reaction resin adhesives. These are available both as 1-component PUR adhesive as well as also as a 2-component PUR adhesive. While the 1K parquet adhesive swells after the curing remain elastic and therefore also for gluing of high-voltage parquet is suitable, 2K-PUR adhesives are inelastic and are therefore recommended primarily for wheel-shear-resistant parquet installation.

Dispersion parquet adhesives are also still widely used – especially in the shear-resistant bonding of solid parquet, as they no longer offer the floor any room for manoeuvre after curing. They are mainly water-based and do not require any or only a few solvents. However, dispersion adhesives are not so easy to use. Thus, a certain time windowmust be observed during the laying of the parquet, in which the adhesive has its optimal adhesive properties. It should also be noted that the water content in the adhesive may cause increased swelling behaviour of the parquet.

These parquet adhesives, made of plastic powder or gypsum or cement as well as various fillers, are also solvent-free adhesives. The powder to be mixed with water is suitable for laying low-voltage parquet types such as mosaic or multi-layered prefabricated parquet.

In addition to the above-mentioned, modern parquet adhesives without Solvents are also available in some cases also solvent-based products on the Market. However, these should only be used, if at all, in individual exceptional cases. In principle, the use of such Parquet glue is not recommended.

Particular care should be taken with older parquet, as the parquet adhesives used at the time may contain harmful ingredients.

Until the 1970s, black parquet adhesive seaser secorched with coal tarwas often used, which has been shown to contain carcinogenic substances such as polycyclic aromatic hydrocarbons (PAHs) or polychlorinated biphenyls (PCBs).

Such a glued parquet can be dangerous,for example, due to a defective sealing:

Because the harmful substances contained therein, such as benzo(a)pyrene, enter the room air via fine cracks in the parquet surface and bind to dust.

However, it is not immediately necessary to removethe floor if there is black glue under the parquet.

However, regular and careful inspection of the parquet surface and a dust test should be carried out to prevent the release of the substance.

In addition to PAHs and PCBs, asbestos can also be contained in old parquet adhesives, which can be released in particular by demolition or grinding work. Renovations of parquet floors with asbestos-containing adhesives should therefore only be carried out by specialist companies that are appropriately trained in the handling of pollutants.

The basic requirements for bonding parquet are a dry, clean and flat surface as well as optimal room conditions with a temperature of at least 16°C and 40 to 60% humidity.

Before actually starting to glue the parquet, the first three rows of the parquet should first be fitted without parquet glue.

In this way, the individual elements can be cut accordingly and any changes to the installation direction can be made.

In addition, it is recommended to familiarize yourself with the application of the parquet adhesive beforehand on a chipboard. Basically, modern parquet adhesives are easy to process, but the handling of the spatula requires a little practice.

When the parquet is bonded, step by step should be taken.

Since most parquet adhesives have a certain processing time (usually about 30 minutes) in which they have the optimum adhesive strength, only the section should be coated with adhesive on which parquet can also be laid during this time.

What is the best way to apply parquet adhesive?

The parquet adhesive is applied fully and evenly to the respective floor section.

The required thickness of the parquet adhesive and the recommended filler toothing, is usually apparent from the application instructions of the adhesive.

In addition, there are also generally valid recommendations as to which tooth fillers should be used for the different types of parquet.

These are as follows:

B12: Table parquet, planks up to 60 cm, multi-layer parquet over 60 cm length

How much parquet glue is needed?

To calculate the consumption of parquet adhesive, the common recommendation is to calculate with 1.2 kg per square meter.

However, the exact consumption can vary greatly depending on the product and parquet type – therefore, it is important to check the manufacturer’s instructions regarding the parquet adhesive thickness to be applied before purchasing.

A further calculation basis is to multiply the order quantity of the tooth filler by the number of square meters of the parquet to be laid.

How much do parquet adhesives cost?

In order to remove smaller adhesive residues from the freshly laid parquet, simple cleaning cloths with a small amount of solvents are usually sufficient.

Alternatively, the residues – possibly previously warmed with a hair dryer – can also be treated with conventional cooking oil.

Larger quantities of parquet adhesivecan to be sanded with a grinding machine. It is important to remove the excess parquet adhesive as soon as possible during installation, because after a maximum of 12 hours most adhesives are completely cured.

However, if full-surface adhesive residues are to be removed after the removal of glued parquet, the procedure is much more complex. 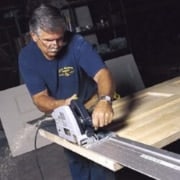 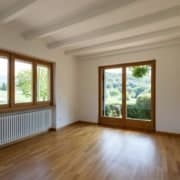 Laying direction of parquet: This is what you should bear in mind 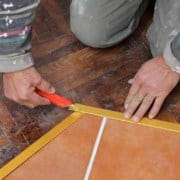 Is it possible to lay parquet on tiles? 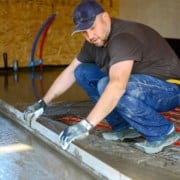 Screed drying for parquet – how long? 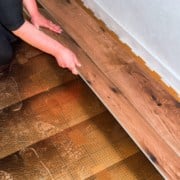 Stretch joints at parquet: How to proceed 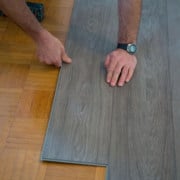 Is it possible to lay laminate on parquet?
Parquet lacquer: The 1 x 1 of the parquet sealing