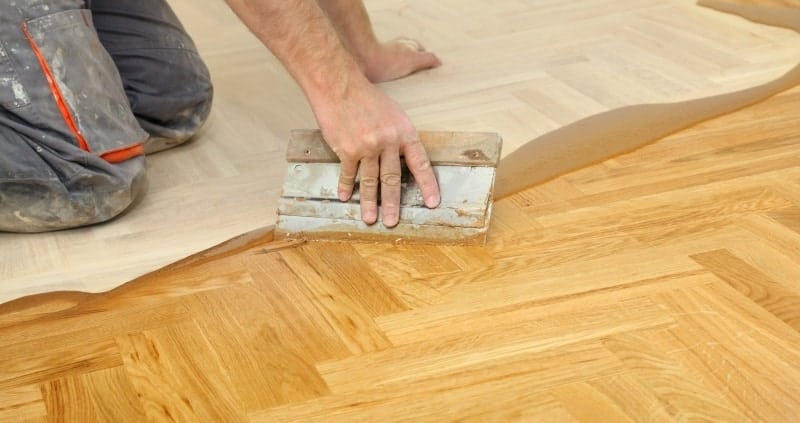 Joints in the parquet are nothing out of hand and in most cases there is no poor material quality or poorly carried out laying work behind it. Nevertheless, parquet joints are often perceived as disturbing. Read the following article why parquet joints are not a bad thing in themselves and with which you can fill joints in your parquet.

What creates joints in the parquet?

The main cause of joints in the parquet is the natural swelling and shrinkage behaviour of the natural floor covering. Wood is a natural product that has hygroscopic properties.

This meansthat it binds water vapor from the air and releases it again, which changes both the wood moisture and the volume of the material depending on the indoor climate.

This behavior is called sources and shrinkage – or colloquially put: the wood works.

The optimal conditions for parquet are at a room temperature of 20 to 22°C and a relative humidity of 55 to 60%.

In this indoor climate, professionally laid parquet hardly works and therefore has no joints.

Even if the values are maintained on an annual average, it is nevertheless inevitable that they will be exceeded in summer and below in winter. Because parquet always adapts to the ambient climate.

Especially during the heating period, the air in heated rooms becomes drier, the moisture in the wood decreases, the parquet disappears and joints are created.

How pronounced these can be depends, among other things, on the type of laying: Floating laid parquet works more than glued parquet,because the parquet panels are only loosely applied, while they are fixed to the substrate during full-surface bonding.

But also the type of wood and the parquet type play a role: Parquet made of beech or maple tends to have higher spring and shrinkage behavior than, for example, oak.

Are joints in the parquet a deficiency?

In general, joints in the parquet are quite their purpose in view of the inevitable source and shrinkage of the wood.

They offer the parquet the necessary space for expansion without damaging the floor. However, a distinction must be made between intentional and unintentional joints.

By intentional joints are to be understood those joints, which were deliberately placed in order to achieve an optimal result in the laying of the parquet.

For example, when laying parquet in the edge areas or wherever the floor is applied to immovable elements such as doors, stair connections, heating pipes or heavy furniture, appropriate expansion joints must be taken into account in order to compensate for tensions of the parquet .

However, if joints occur between the individual parquet elements, these are often not wanted.

Nevertheless, these can hardly be completely avoided – especially with solid parquet there will always be fugue formation.

Accordingly, joints with a width between 0.1 and 0.5 mm (for parquet on underfloor heating up to 0.8 mm) are considered quite normal.

If the joint width is between 0.5 and 1 mm, it can be said that there is an abnormality, joints over 1 mm are ultimately outside the tolerance range.

However, it is always necessary to take into account the circumstances in which the joints occurred.

In most cases, an expert is consulted in these cases, who explains in an expert opinion whether the exceeding of the tolerance limit was caused by the laying work or by other influencing factors, such as missing measures to control or regulate the humidity or incorrect heating and ventilation behaviour.

The dimensional tolerances are regulated in the standards ATV DIN 18356 parquet work and DIN 18202 tolerances in building construction.

Should parquet joints be filled?

While expansion joints in the edge areas usually disappear behind skirting boards, joints remain visible on the surface of the parquet.

Older parquet, in particular, often has relatively large joints, which is due on the one hand to the previously usual laying distances and on the other hand to the factor time.

But even with relatively newly laid parquet, for mentioned reasons, especially in winter, there can be more joints.

These can not only negatively affect the appearance of the parquet, but sometimes develop into dirt traps that are difficult to clean or – with the appropriate width – to annoying stumbling blocks.

That’s why it makes perfect sense to repair and fill parquet joints.

Which parquet joint fillers are available?

For filling joints in the parquet floor, there are basically different options that are used depending on the joint width to be able to.

For narrow joints, fugue kitt is a proven option. This can also be easily made from wood glue and sawdust itself by mixing both components into a tough mass.

The paste is then applied to the joints with a spatula and sanded and resealedafter complete drying with a grinding machine or sanding paper.

It is optimal if the joints are repaired as part of the parquet renovation.

The grinding dust caused by the grinding process is excellently suited for the production of joint putty and also has the same colour as the parquet.

Alternatively, special joint fillers in different colours can be purchased from specialist retailers. For example, joints can also be deliberately filled in a contrasting colour to give the parquet a new look.

Since fugue putty is relatively liquid, it is generally only recommended for joints up to a maximum width of 5 mm, otherwise it can run out of the joints.

If wider joints are to be repaired, special acrylic-based joint fillers are the better choice. These are also available in different colour variants and remain permanently elastic even after filling the joints.

This preserves the necessary flexibility so that the parquet can continue to work.

Basically, these properties also apply to silicone. Nevertheless, joint fillers made of acrylic are preferable.

In contrast to the joint compound made of silicone, acrylic joint compound can also be easily sanded and painted or oiled. Also hard or melt wax is only recommended for removing quirks in the parquet and not for fugue filling due to its brittle consistency.

In order to achieve an optimal result of the acrylic joint fillers, the joints should first be carefully cleaned.

Residues of existing joint fillings must be completely removed and the joint must be made dust-free with a parquet vacuum cleaner.

In order to work cleanly, it is recommended to glue the edges of the joints with painter’s crepe. This gives the joints an exact closure and avoids unnecessary contamination of the parquet.

For the application of the joint filler, a cartridge press is best used, with which the joint mass is inserted into the joint up to about 1 – 2 mm via plank level, according to the manufacturer’s recommendations.

If the joint filler is dry, this supernade can be cut off or sanded and the joint sealed. Care must be taken to ensure that the products used are compatible with the joint mass.

Regardless of the composition, joint fillers generally have a limited service life of around 10 years.

After that, the joints should be refilled. However, if you want to fill joints for longer, you can also repair them with wooden strips. However, this method involves significantly more work.

In the first step, the joints must be brought to the same width with a knife or planer. Afterwards, the cut and adapted wooden strips with wood glue and wooden hammer are inserted into the joint. Any supernatry is then sanded and the surface sealed. 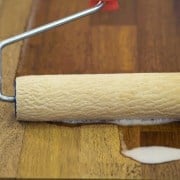 The ultimate guide: grind and seal the parquet 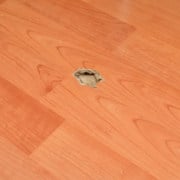 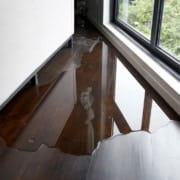 Water damage in the parquet: Repair or replacement? 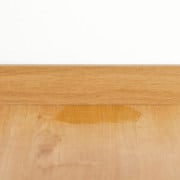 Remove water stains on the parquet: How it works 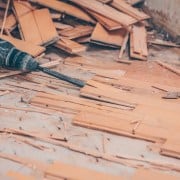 Remove parquet – this is how it works 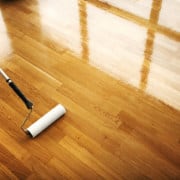 Parquet lacquer: The 1 x 1 of the parquet sealing
Parquet oils – the ultimate guide

Parquet lacquer: The 1 x 1 of the parquet sealing
Scroll to top