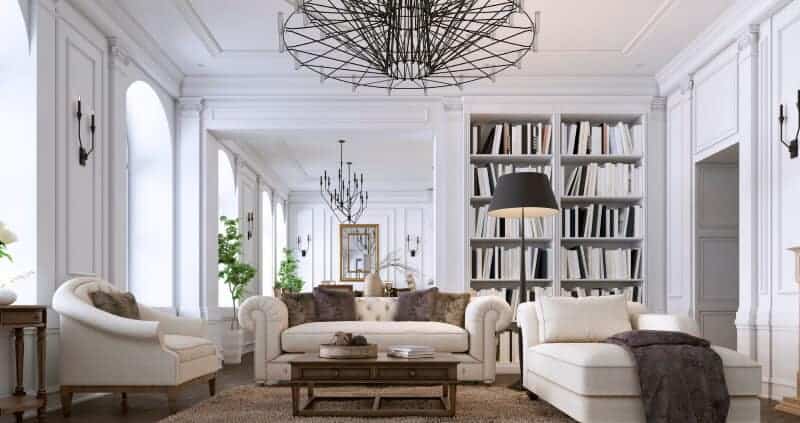 With a parquet floor in the living room, a wide range of possibilities in the interior design opens up. The soil made of the natural raw material wood is not only robust and durable, but also ensures a healthy indoor climate and a pleasant living atmosphere. Personal requirements are decisive for the choice of the optimal parquet. In this article, you will learn which parquet flooring is optimal for living rooms and how the parquet flooring can significantly influence the overall impression of the room.

how Parquet in the living room works

The floor is the most important element in the interior design. Depending on its appearance, colour and texture, parquet in combination with the furnishings gives the living room a very individual character. Therefore, the decision for the optimal parquet should be carefully considered and some influencing factors should be taken into account.

Which wood is suitable for the parquet in the living room depends, among other things, on the stress of the floor. In general, the harder the wood, the more robust the soil. For this reason, hardwoods such as oak, ash or walnutare particularly suitable for heavy loads, medium hard wood species such as pear, birch, maple or cherry are optimal for average loads, while soft woods such as spruce or pine are more recommended for living rooms with low frequency.

An essential feature of parquet is the construction.

Parquet can generally be divided into solid or single-layer parquet and finished or multi-layer parquet (2- or 3-layer parquet). The different types of parquet differ not only in terms of the recommended laying type,but also in their thickness and thus in their service life. Because the thickness of the parquet is essential when it comes to how often the floor can be renovated by grinding.

In general, parquet flooring in the living room can either be glued on a full surface or laid floating. Which type of installation is possible depends on the type of parquet on the one hand and on the room conditions on the other. For example, in living rooms with underfloor heating, it is generally preferred to prefer fully adhesive parquet flooring (with parquet adhesive),as it has a better thermal conductivity.

Parquet is available in a wide variety of colors and shades – from light to dark,from yellowish to reddish to brown.

Through various surface treatments, natural colours of the wood can also be further changed. Dark floors swallow the light, but also give the room warmth, while bright floors reflect the light and make the room appear larger. In turn, stains and minor damage are faster and easier to see in the living room than in dark parquet floors.

Since each wood differs in grain, colour and structure, there are also parquet floors for living rooms in different sortings. The parquet elements are available in order to standardise guidelines with regard to astone closures, cracks, cinden growths, colour and grain in order to achieve the overall uniform result of the soil.

The sorting has no effect on the quality of the parquet, but on the overall appearance of the living room. So it makes a difference whether the parquet in the living room is quiet and discreet, lively or rustic with many visible branch holes or corresponding patina sorted.

The different formats of parquet also give the living room an individual appearance and also influence how large a room looks.

In the classic country house flooringlook, the characteristic characteristics of the respective wood species are preserved by the large format and the uniform surface of the parquet planks. It makes a room appear elegant and visually larger.

A more lively and dynamic spatial image can be achieved, for example, by the staggered, short rod elements in the ship’s flooroptics. In general, the recommendation is to use wide, long planks or 1- or 2-bar parquet flooring in large living rooms, while in smaller living rooms 3-rod parquet gives a more optimal picture.

The visual effect of the living room can also be significantly influenced by the laying direction of the parquet.

While longitudinally laid parquet emphasizes the room shape of the living room and stretches it optically, transversely laid parquet makes the room appear wider. In addition to the installation direction itself, however, natural light sources, such as large window fronts in the living room, must also be taken into account. Thus, when the light is moved in the direction of the window, the light is optically directed into the center of the room – parquet laid across the light source, on the other hand, accentuates the characteristic appearance of the parquet.

The texture of the surface of the parquet in the living room has a particular impact on the resistance and care requirements of the floor.

Its final appearance is given to parquet different techniques of surface finishing. The parquet surface can be brushed, shaded or planed, leached or limed. Depending on the The type of finishing results in a characteristic structure of the parquet or can consciously produce different color variants within a wood type to become.

In contrast to the surface treatment, the surface finishing of parquet in the living room has purely optical effects.

Expert advice on the different effects of the various variants of parquet should in principle be the basis of any decision. In addition, the respective furnishing style or the interior of the living room also plays a role. Ultimately, however, the personal taste is still crucial for choosing the optimal parquet for the living room. 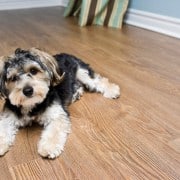 Is parquet suitable for dogs and cats? 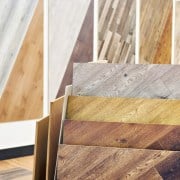 Parquet or planks – what is better? 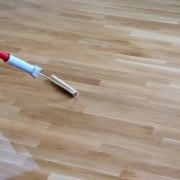 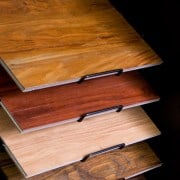 Colour advice: which parquet to which furniture? 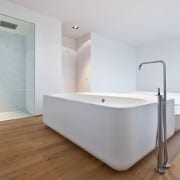 Parquet in the bathroom – A contradiction? 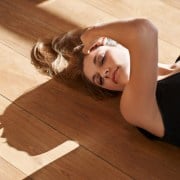 Parquet on underfloor heating: possibilities and risks
Laying direction of parquet: This is what you should bear in mind